Abstract: Current uplifts of Switzerland calculated from geodetic leveling (KAHLE et al. 1997) are the results of the ongoing tectonic movements. The analysis of the uplift velocity values indicates that they are compatible with the global European tectonic stress field. The calculation of the gradient vector norm of uplift permits to locate the areas of the highest potential vertical shear strains. Results indicate that a correlation exists between higher values of uplift gradient and historical earthquake locations. Furthermore, fracturing as well as some landslide locations can be related to the zones of differential uplift, as in the case of the Randa rockslide. 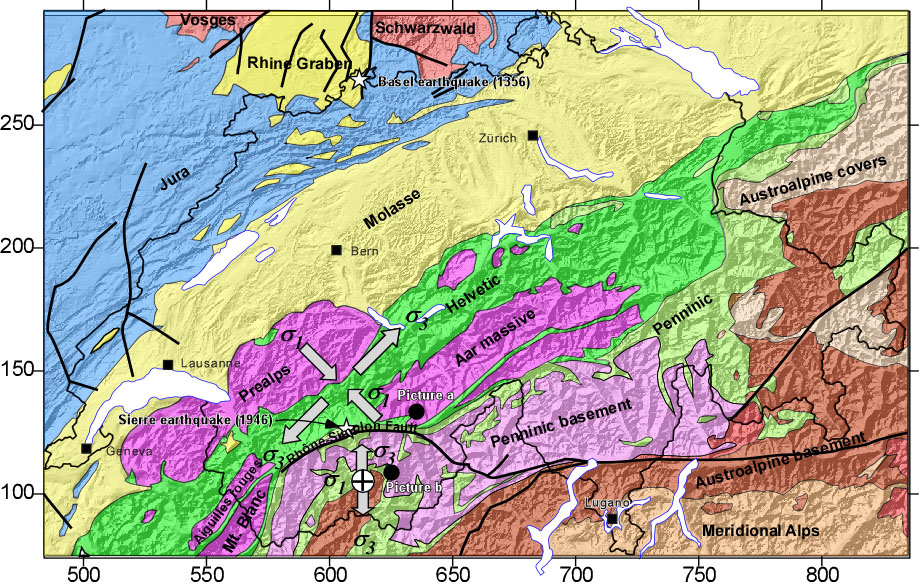 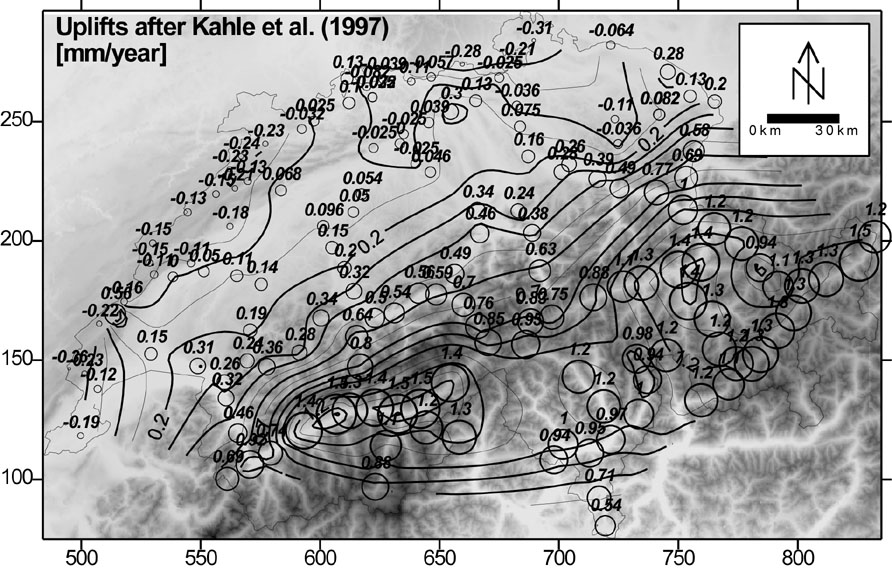 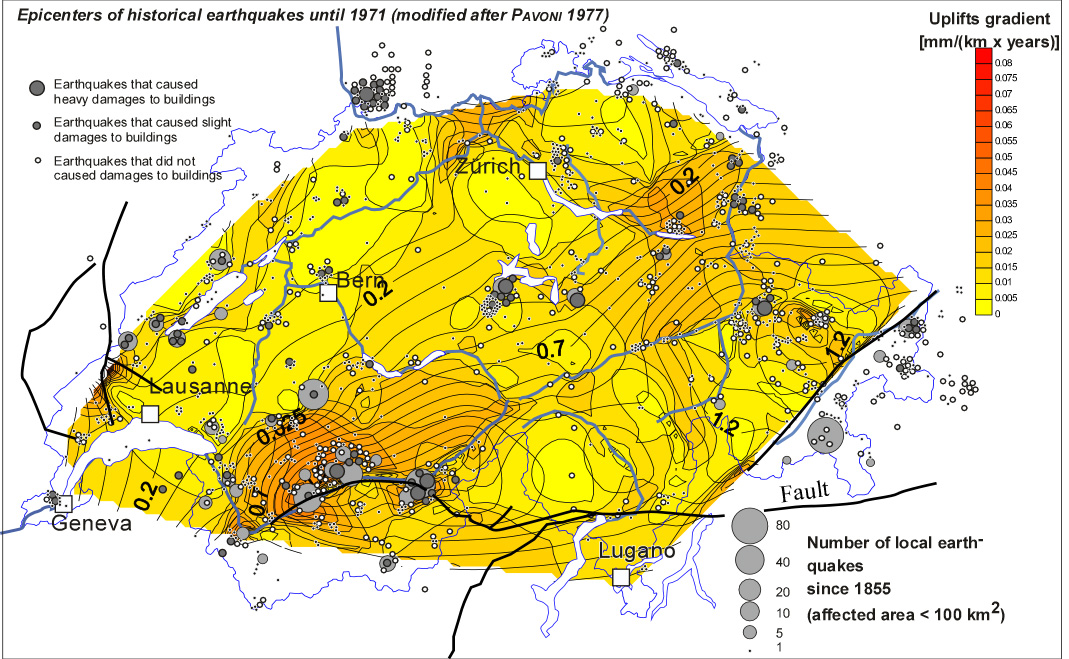 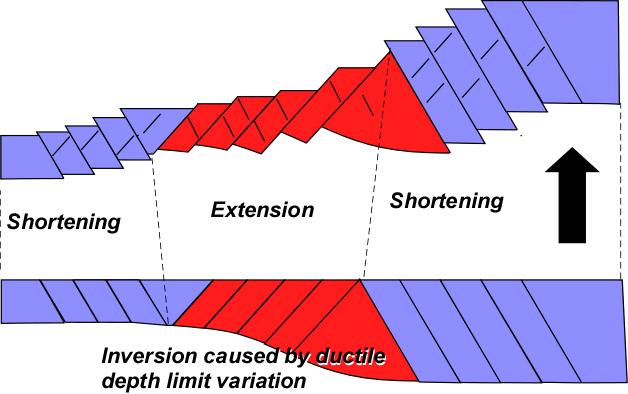 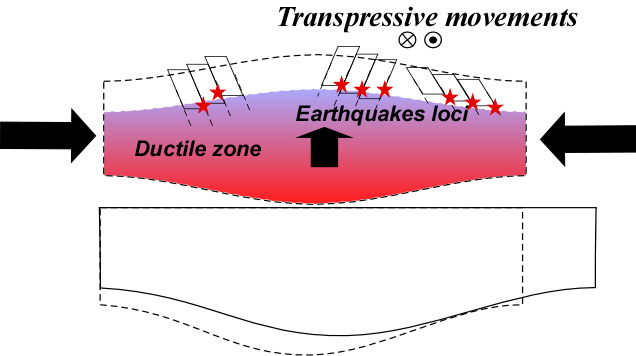 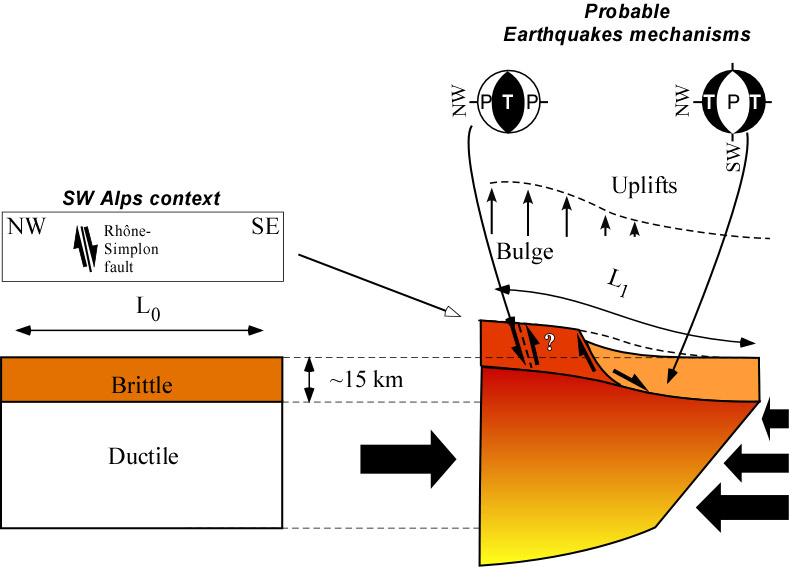 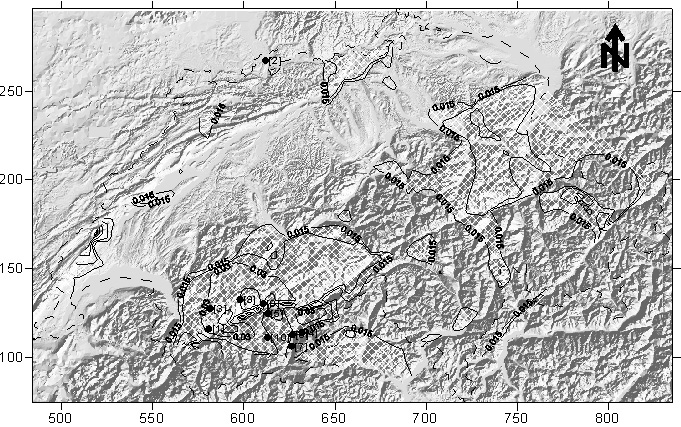 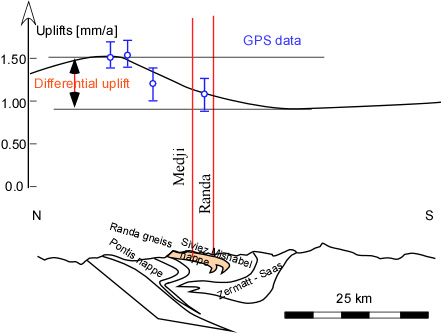 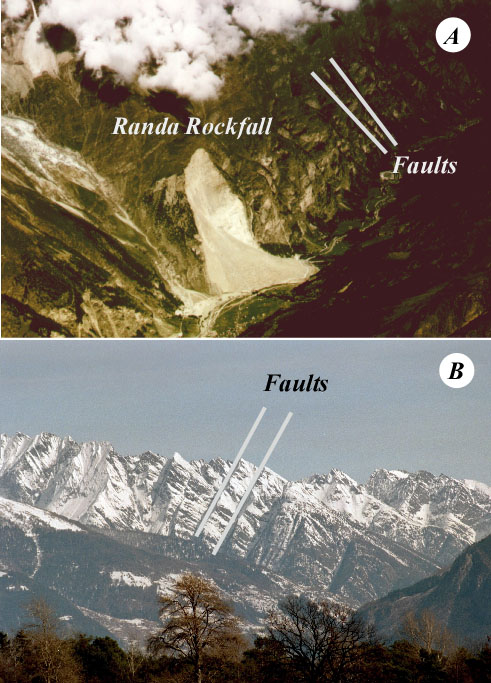